The epic poem Saladin takes the historical moment of the Crusades, and the great example of chivalry in the person of Saladin, as an opportunity to address the resolution of conflicts between Islam, Christianity, and Judaism, and to reveal the mystical depths of Islam. As such it has immense relevance to our present historical situation.

“Saladin” is a great example of Murshid Samuel Lewis’ unique contribution in the sphere of Prophetic poetry. Since his death in 1971, Murshid Samuel Lewis has become more and more widely known as a great spiritual teacher with worldwide influence. His creation, The Dances of Universal Peace, which celebrate all the world’s sacred traditions with chanting and movement to music, bring harmony and joy, and are now done in almost every country. 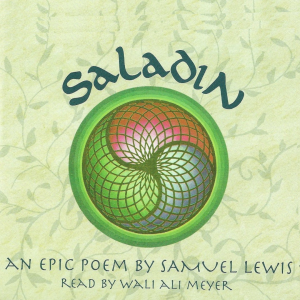