In the book: Lotus and the Universe, Chapter named Peace.

Murshid Samuel Lewis’s life stands as proof that spiritual realization transcends all sectarian barriers. Along with his first Sufi teacher Hazrat Pir-o-Murshid Inayat Khan, and mentors Swami Papa Ramdas, Mataji Krishnabai, Sensei Nyogen Senzaki, and other illuminated souls, he sought to answer the cry of humanity by the sharing of spiritual teachings and practices, as well as by his own awakened presence.

Murshid Sam was an accomplished gardener who worked to alleviate world hunger. To heal the wounds of violence and war, he received a simple yet profound peace program from the spirit of Jesus:

“Eat, Dance, and Pray with the peoples of the world.”

Murshid Sam was succeeded by Hazrat Moinneddin Jablonski, who
served as Pir (Spiritual Director) of the Sufi Ruhaniat International
from 1971 through 2000. He was succeeded by Pir Shabda Kahn, who is
currently holding this post. In 1970 When Murshid Sam visited the
Northeast, bringing teachings and Sufi dancing to Cambridge, Ma. and
N.Y. City, he was accompanied by his young student Shabda. Now Pir
Shabda travels worldwide, teaching and bringing the message of spiritual
unity through the expression of Love. Harmony and Beauty.

Sufism used to mean ‘Divine Wisdom’ and so far as Sam is concerned it still does. It means that the Divine Voice constantly comes from within. It still means ‘speaking the word that is put into thy mouth.’ It still means growth in the states and stages of consciousness

into ever-growing Divine Awareness; and it still means one single Family in the Parenthood of God.” 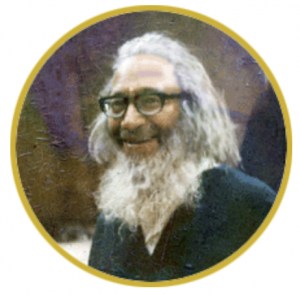